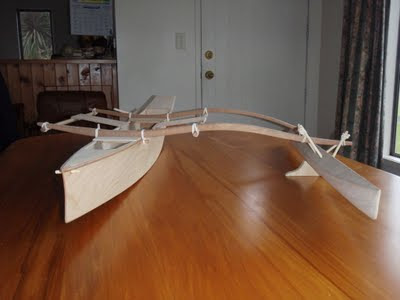 I've been working on a new 20' (6M) design lately that borrows some features of the Tahitian va'a motu.  The hollow clipper bow, the raised transom stern, the mixed attachments between the ama and the iakos, and the curved gull wing iakos are seen on the fast lagoon sailers in Eastern Polynesia. 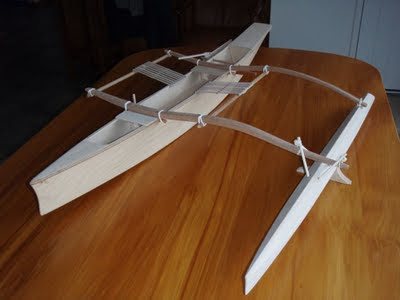 The forward iako is made stiffer and stronger than the aft one.  The more flexible aft iako acts as a spring to allow the ama to change pitch with the water surface. 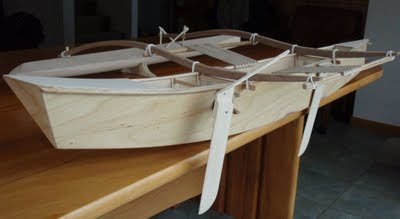 The leeboard and quarter rudder are arranged in a similar way to the Tamanu.  An outboard motor can be clamped on the ama side of the hull.  The long cockpit between the water tight bulkheads has a raised floor and is self bailing.  The 20' (6M) hull is flat bottomed and requires six sheets of 1/4" (6mm) plywood to construct. 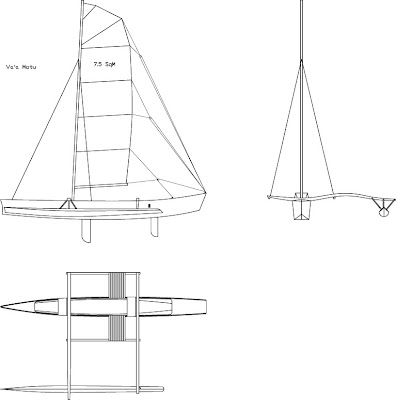 The stayed rig is high aspect with a sheetlet sheeting system similar to junk sails.  The sheetlets control twist in the sail and make reefing as simple as it is with a junk rig. 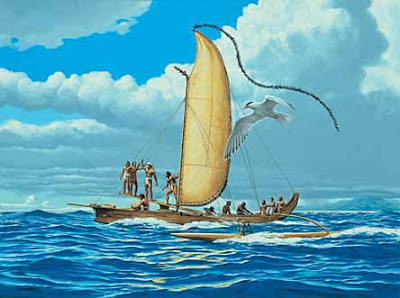 This painting of a va'a motu by the late Herb Kane is based on drawings and accounts from Captain Cook's visit.
I've begun construction of the full scale prototype and hope to have it sailing in a few months.
tahiti va'a motu 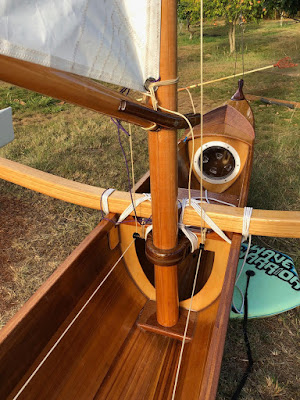 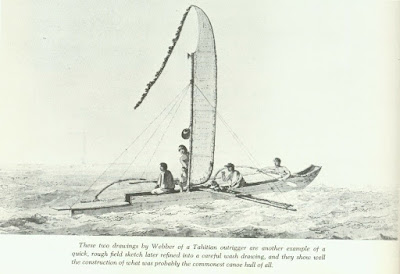 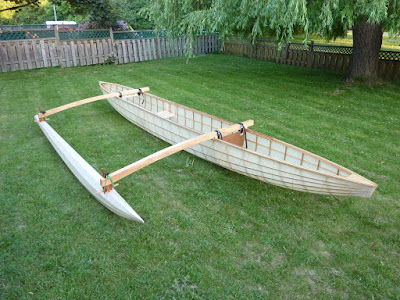 Gord Caruk from Toronto, Canada has built this skin on frame Ulua which weighs in at 33 lbs (15kg).  He normally operates with an electric trolling motor giving him 3 mph for six hours.

He also built this strip planked model of the Ulua at a 1/8 scale.